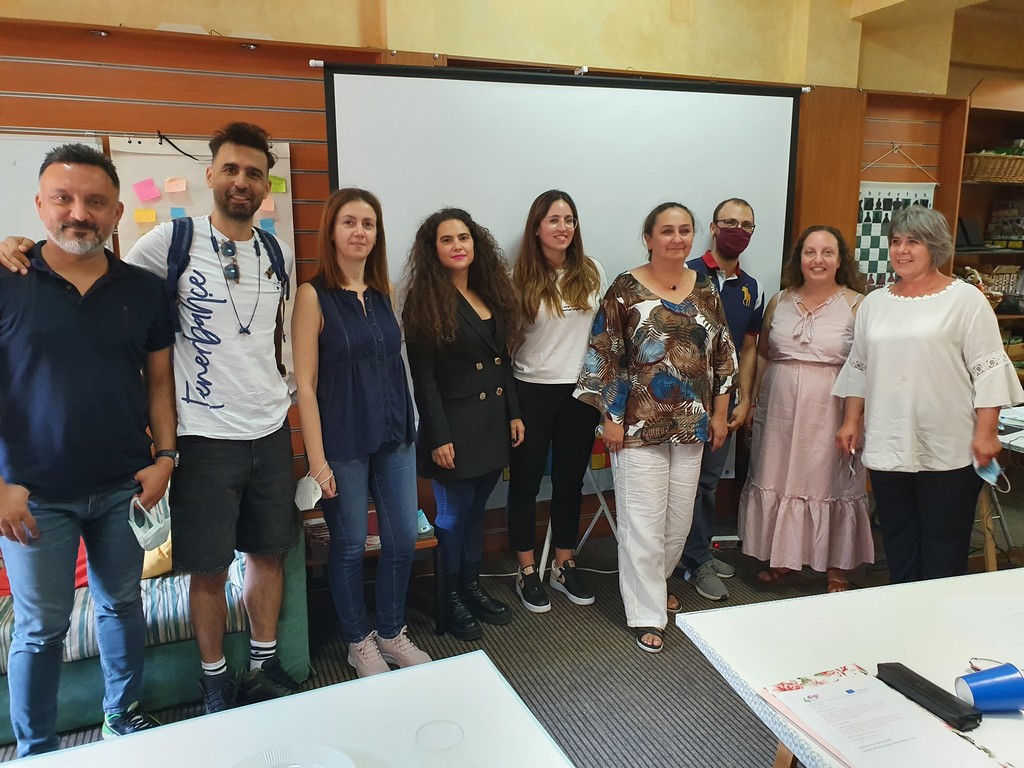 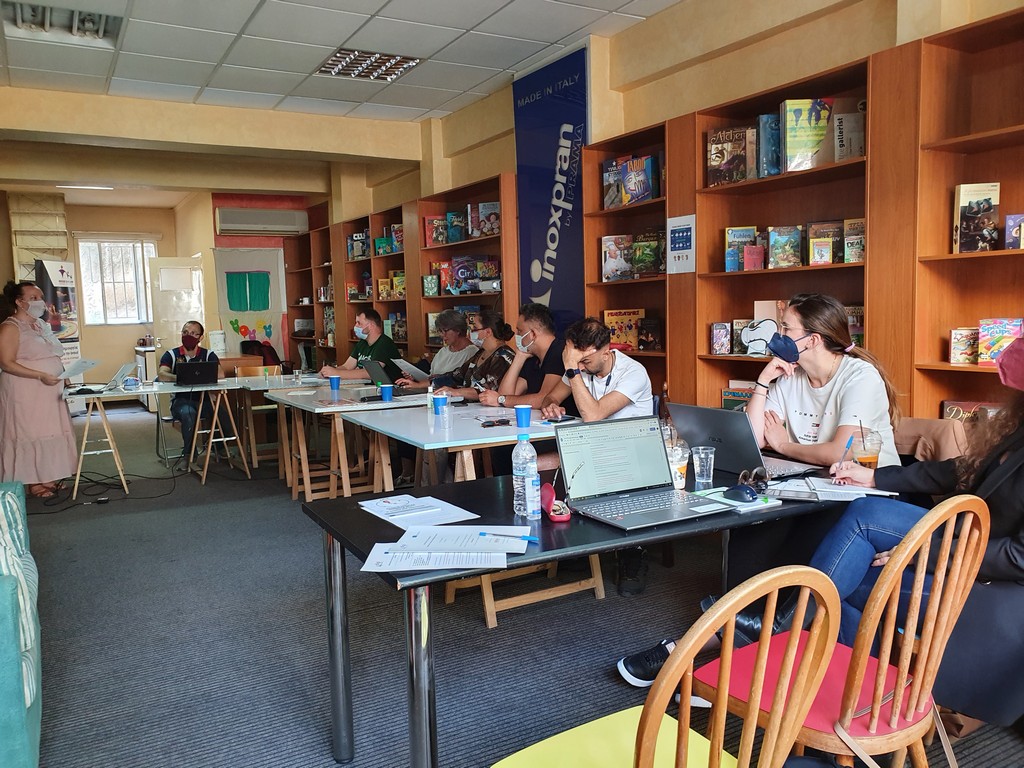 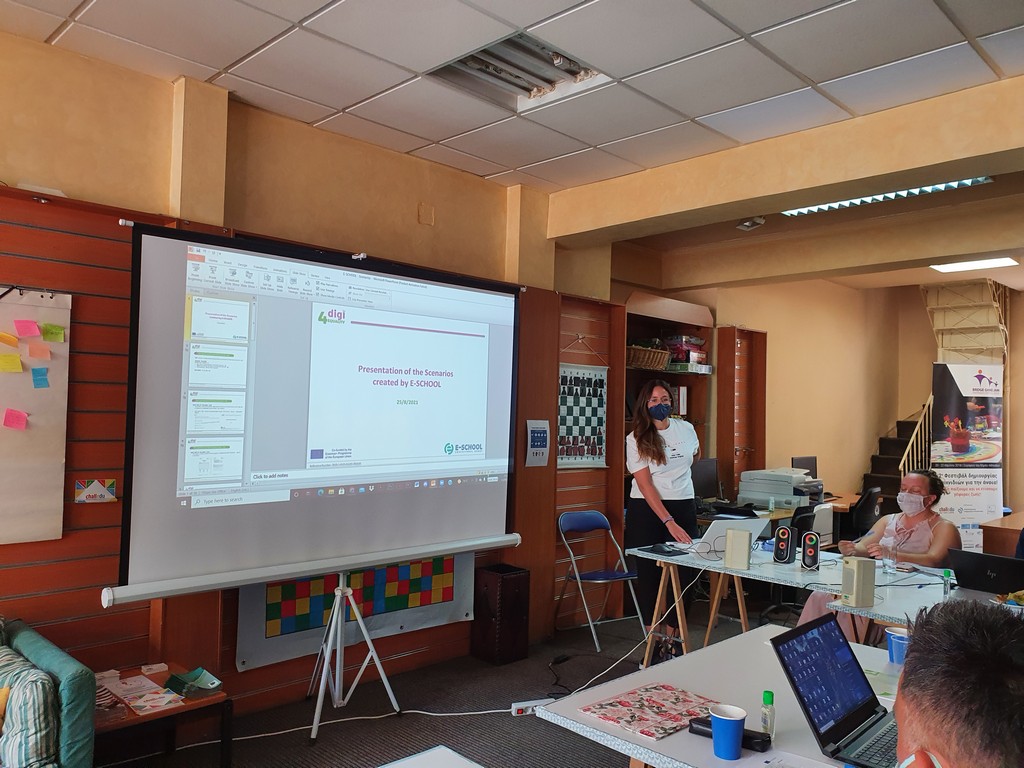 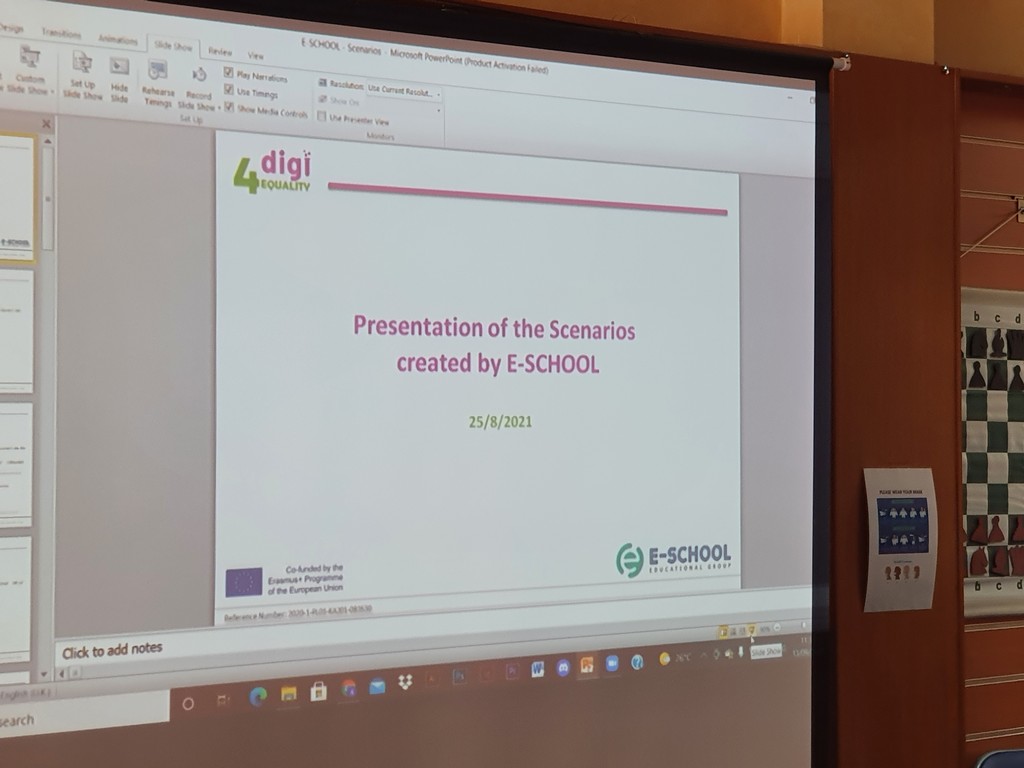 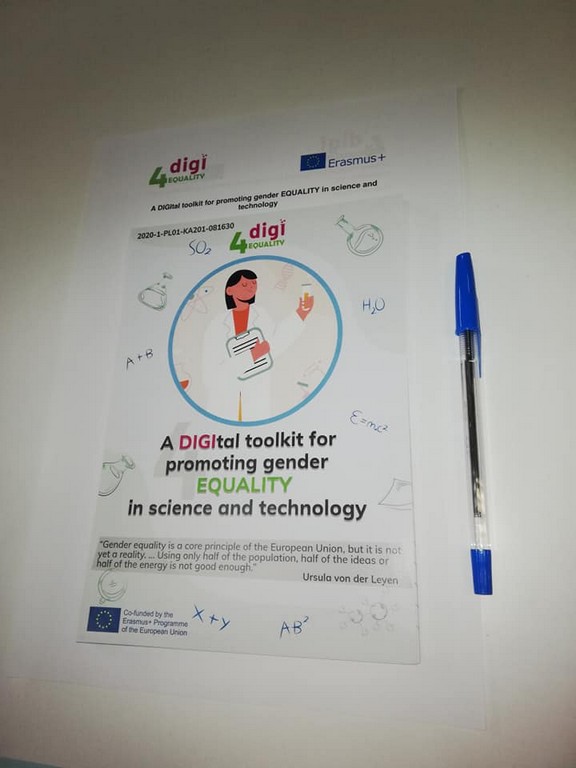 The second Translational Meeting of the Digi4Equality project took place in Athens on September 13th, 2021. Challedu organization welcomed the partners to their facilities while also they monitored and fostered with the use of digital tools the online presence of some of the partners, who could not be physically present.
The meeting was a rather dense and fruitful one, as much progress had already been made since the 1st TPM, with the partners having carried out all their assigned tasks. In the meeting, there were also covered management and dissemination issues.
Each organization presented their lesson plans and received comments and suggestions for improvement. All lesson plans focused on dismantling gender stereotypes among students and aimed at prompting them to ponder over the kind of social barriers that both they as individuals and others in their immediate environment are faced with based on their gender and how to overcome them. These lesson plans, apart from adding to the students’ academic knowledge, also had as their primary aim to equip students with the necessary tools to deal with gender inequality in their daily lives.
The pilot testing of the produced lesson plans was discussed extensively as it comprises a significant aspect of the results’ quality ensurance and implementability rate. These lesson plans will be pilot tested by the schools involved in the project, i.e. Podstawowa Primary School (in Poland), Adazi Secondary School (in Latvia) and Aydin il Milli Egitim Mudurlugu (Aydın Provincial Directorate of National Education, in Turkey).
ESCHOOL Educational Group, the partner responsible for the development of the e-learning platform, where the lesson plans will be uploaded among others, presented the structure and main features of the platform and the rest of the partners tested it to verify its user friendly character and provide ideas for improvement. The partners agreed to the changes and dates of delivery of the improved platform.
Finally, some suggestions about the upcoming meetings were made and the partners agreed to the technical aspects surrounding the next stages of the project.