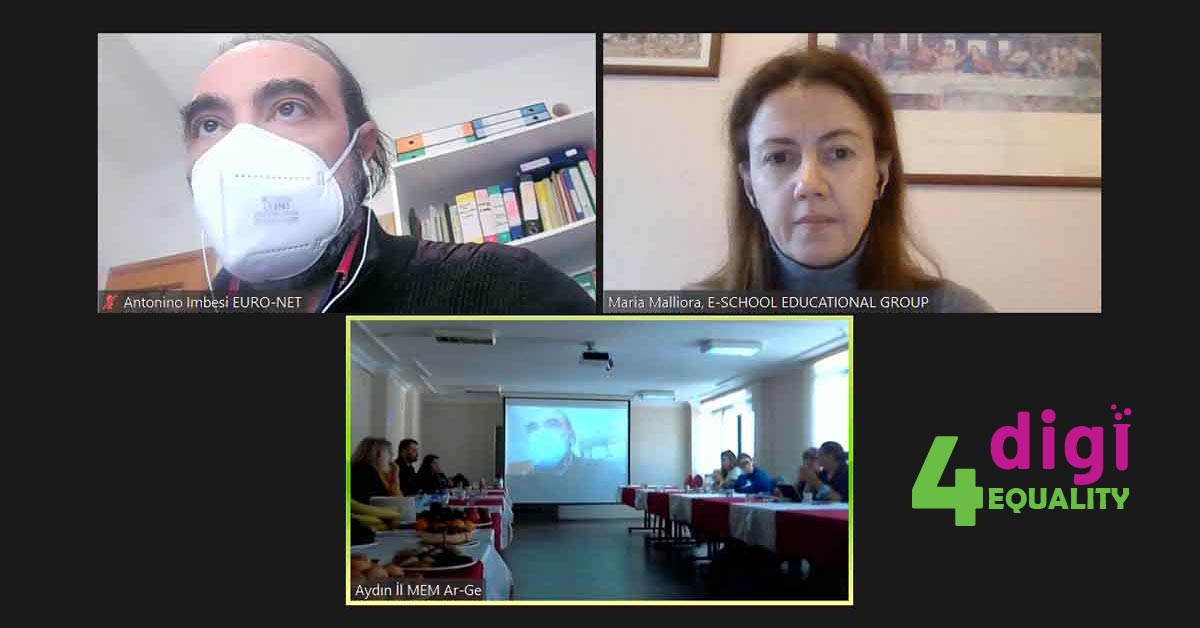 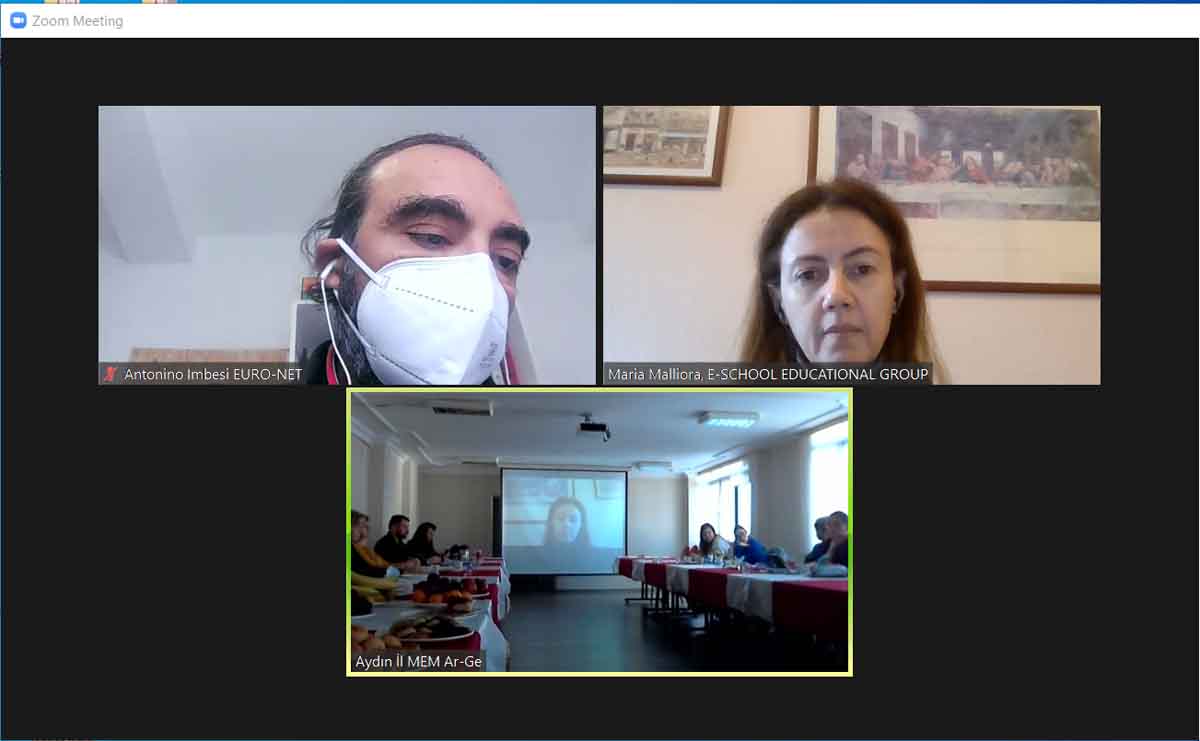 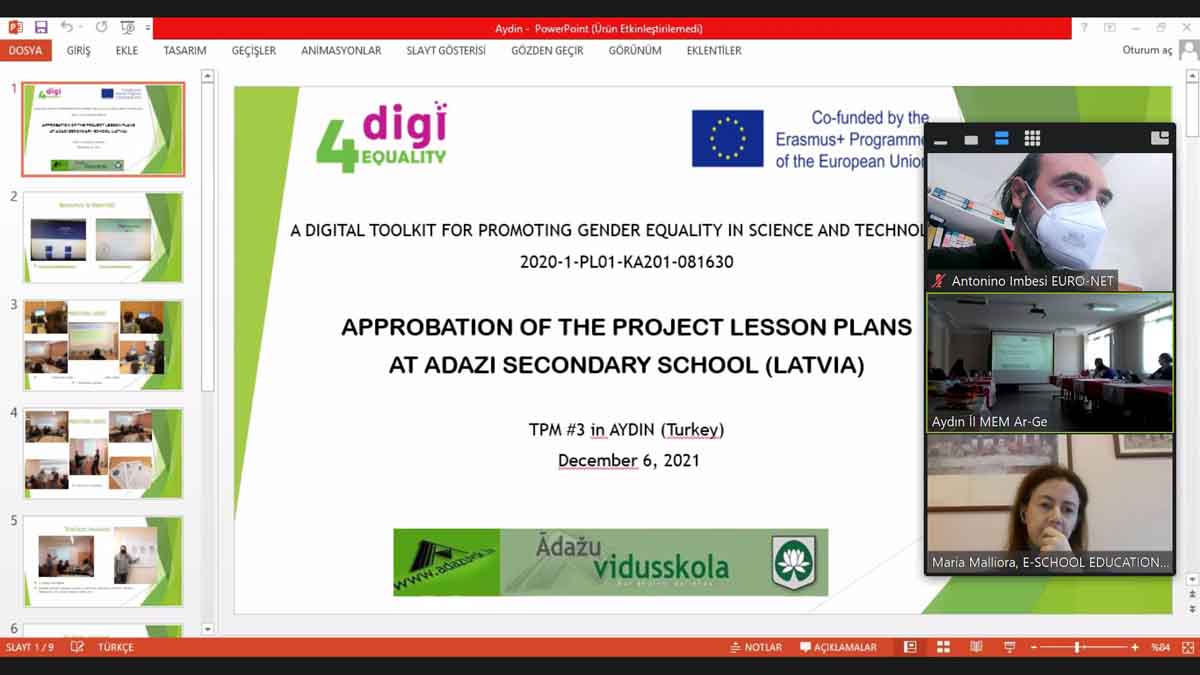 The third Translational Project Meeting of the Digi4Equality project took place in Aydin, Turkey on December 6th, 2021. The Aydın Provincial Directorate of National Education organization welcomed the partners to their facilities while also they monitored and fostered with the use of digital tools the online presence of some of the partners, who could not be physically present.

The meeting was dense and fruitful, as much progress had already been made since the 2nd TPM, with the partners completing all of their assigned tasks. Management and dissemination issues were also discussed at the meeting.

The project deliverables that have already been implemented, as well as the finalization and refinement of the Digi4Equality platform, one of the project’s main deliverables, were all discussed in detail. Each partner provided feedback on the scenarios created and received comments and suggestions for improvement. All scenarios focused on dismantling gender stereotypes among students and aimed at prompting them to ponder over the kind of social barriers that both they as individuals and others in their immediate environment are faced with based on their gender and how to overcome them. These scenarios, apart from adding to the students’ academic knowledge, also had as their primary aim to equip students with the necessary tools to deal with gender inequality in their daily lives.

The pilot testing of the produced scenarios was discussed extensively.

Last but not least, the partnership discussed and defined the next steps for the project’s final line, and set the dates for the upcoming meetings namely the LTTA and the 4th TPM.